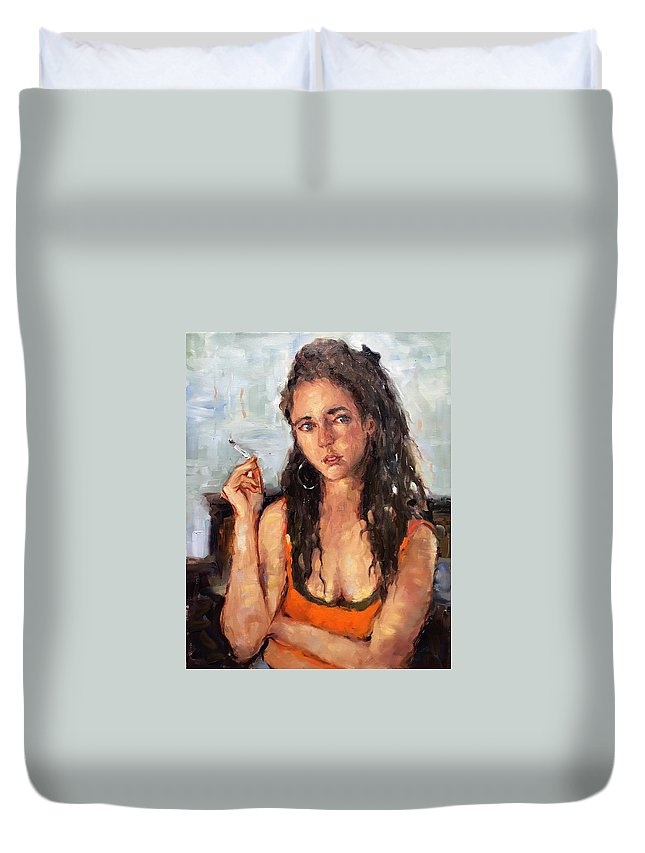 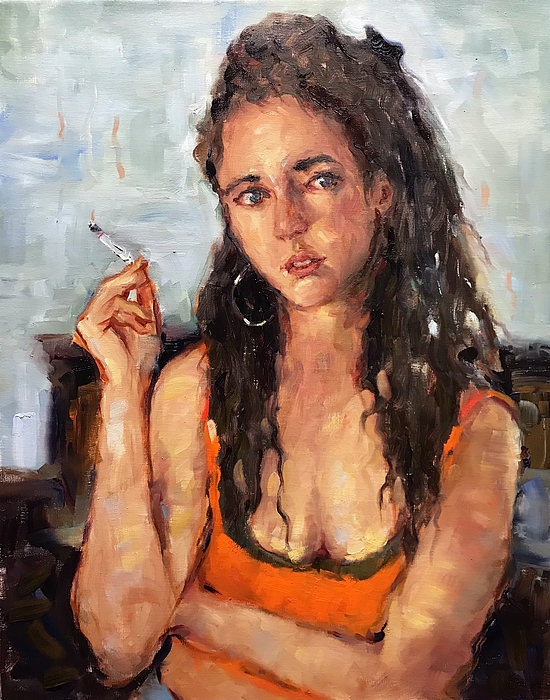 Queen duvet cover (88" x 88") featuring the image "Heartbreaker" by Ashlee Trcka. Our soft microfiber duvet covers are hand sewn and include a hidden zipper for easy washing and assembly. Your selected image is printed on the top surface with a soft white surface underneath. All duvet covers are machine washable with cold water and a mild detergent.

Original painting is featured in the Mod Portrait art competition in Barcelona, Spain. It’s been juried into the hardcover book in Modern Museum of... more

Original painting is featured in the Mod Portrait art competition in Barcelona, Spain. It’s been juried into the hardcover book in Modern Museum of Art.